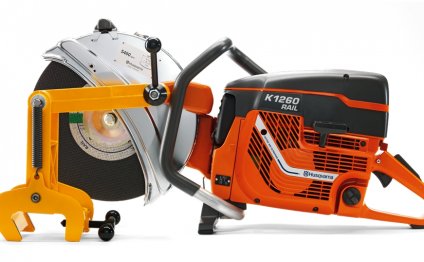 You can also see Graham Construction’s work at the Dakota Dunes Casino south of Saskatoon.

Graham Construction has worked on the Colonsay potash mine.

Graham Construction has worked on the Cory potash mine near Saskatoon.

Graham Construction has worked on the academic health sciences building on the University of Saskatchewan campus in Saskatoon.

Graham Construction has worked on the Boundary Dam near Estevan, Sask.

Graham Construction has worked on the Cigar Lake Mine in northern Saskatchewan.

Graham Construction has worked on such projects in the province as the Centennial Wind Power Facility near Swift Current.

Graham is now primarily Western Canada-based but has an office as far east as Mississauga, Ont. It’s also established a presence in the United States with work going on in Washington, Texas and even New York state.

“We cover pretty much right across the continent, ” said Beck.

The company still continues to make its mark back at home with such landmark awards as Saskatchewan’s largest infrastructure project to-date, the Regina Bypass. It’s four other major projects include Saskatchewan’s children’s hospital, the new psychiatric hospital in North Battleford, Saskatoon’s North Commuter Parkway and a water treatment plant in Regina.

“You look at some of those projects and you say ‘these are buildings that a whole generation of people growing up in Saskatchewan are going to be looking to’ and I’m very proud that Graham is going to be helping build those and going to be leading those projects, it’s pretty exciting, ” said Cooper.

Beck says the size of those five major projects ranges from about $200 million to $1.2 billion.

“We’re building out to be able to do complex, integrated projects so it’s exciting to come back home, sort of speak, and show what we’ve learned over the last decade when things were a little slower, ” said Beck.

The five projects are especially important to Graham due to the current industry climate.

“Because, obviously with the economic headwinds that we’re feeling the pressure from, the downturn in resources and particularly in Western Canada, they provide us with the volumes to be able to keep our people busy and keep the company intact and moving forward even in a declining economy, ” said Beck.

“[Also], it’s going to allow many of our people, that in the past have been working through many of our other locations to come back home, because a lot of our grounding of our company is [Saskatchewan].”

However, Beck says there are some hard decisions to be made in the short-term to control overheads but Graham will take advantage of its strategy and prosper by it.

“We’ve been careful to maintain a diversified portfolio that allows us to adjust resources back-and-forth from sector to sector or from region to region in the country and so we’re just simply going to take advantage of that … in this particular case, to Saskatchewan, ” said Beck.

“Even though it looks tough, I’m pretty confident in this company. It’s a resilient company and the people kind of mirror the resilience of the province of Saskatchewan so they just won’t survive, they’ll prosper through this.”

There are over 9, 000 companies in Saskatchewan that operate in various areas of construction. Ninety-four per cent have less than 20 employees. Meanwhile, Graham has grown to around 1, 350 salaried staff.

Cooper says all construction companies will face a handful of consistent challenges and one of those is managing relationships.

“As a general contractor, which is what Graham is, they have to manage all of those relationships and try and deliver a quality product on-time, safely, and part of the reason why they’re being recognized with this induction into the hall of fame is because they’ve got a very good track record of doing just that.”