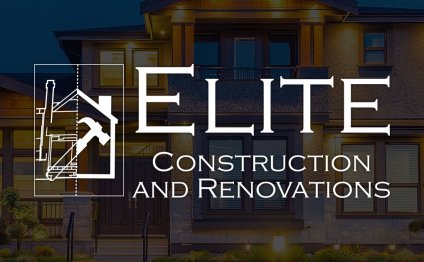 Canada's largest construction union has called on the police to investigate a company it has dealings with, prompted by queries by CBC and the Toronto Star about possible connections to organized crime.

In March 2012, it signed a collective agreement with a temporary labour supply company with ties to Cosimo Commisso, convicted in the 1980s of conspiring to kill two rival mobsters. Three decades later, Commisso, 69, is still on police radar.

Commisso's name does not appear in any official corporate documents of the firm, Construction Labour Force Ltd., but CBC's the fifth estate and the Star have learned he is actively involved in the company's affairs.

Because of a history of mob infiltration in the United States, the international union vowed in the 1990s to purge itself of any Mafia links and has a code of ethics explicitly barring dealings with known organized crime figures.

In a 2004 court affidavit describing Commisso as "one of the heads of traditional organized crime in Toronto, " the RCMP said it had "targeted Cosimo Commisso and his group for their involvement in murder, extortion, drug trafficking, gambling and fraud." No charges were ever laid against him in that investigation.

"I have a criminal record, " Commisso said in a rare on-the-record interview with journalists from the fifth estate and the Star. "But what makes you think I'm organized crime? What is organized crime?"

When asked about his involvement with Construction Labour Force (CLF), Commisso initially said, "I have nothing to do with the company, " but acknowledged he was helping his nephew, who manages the business. In the course of the interview, he said he attended "one or two meetings" for CLF with union representatives in 2012.

Following questions by the CBC and the Star, the Toronto local of LIUNA has asked the Ontario Provincial Police to investigate CLF. In a letter dated March 12, Local 183 lawyer John Evans wrote, "The allegation brought to our attention is that this corporation is controlled by organized crime, " referring to the media inquiries. "Out of an abundance of caution we write to you to seek your assistance to investigate."

The OPP quickly responded, saying it passed the file on to the Toronto Police Service. The Toronto force said it received the LIUNA letter but would not comment further.

'If you do wrong enough, you get caught. I got caught.' - Cosimo Commisso

In 1981, Commisso was convicted of conspiring to kill two members of the Sicilian mob and an American woman, and was sentenced to eight years in prison. Three years later, he received further convictions for arson, counselling to commit murder conspiracy, extortion and aggravated assault, and got sentences of up to eight years.

"If you do wrong enough, you get caught, " Commisso told the CBC and the Star. "I got caught."

Since the 1980s, he has never been accused or charged in a criminal case, but he continues to figure in police investigations into organized crime.

In 2004, an RCMP affidavit filed in court as part of an investigation into organized crime activity in the stock market said police had been "investigating Commisso and his associates" for "various criminal offences" since 2001, but no charges were ever laid.

In 2008, Commisso appeared as a "person of interest" in a list of about 50 people in Toronto who were under surveillance by the RCMP, in an organized crime probe called Project O'Peggio

In 2011, Commisso was mentioned in a Toronto police intelligence report based on surveillance of a wedding anniversary celebration described as a gathering of organized crime figures. In the report, he was referred to as an "executive member of the Commisso et al organized crime group."

Italian prosecutors have singled him out too, declaring in 2010 court documents that Commisso was a senior Canadian member of the Calabrian crime network.

None of the allegations since the 1980s has been tested in court, and Commisso has not been charged with any crime since then. He said it's all nonsense.

"I know what I'm doing, I know how I'm making my living, " Commisso said. "Believe me, if I was doing those things, the RCMP would arrest me by now, " he said, adding that he believes police tap his phone. "They are after me all the time."

CLF's only listed director and executive in provincial corporate records is a Toronto condo developer named Joe Ieradi, whose lawyer said Wednesday that any allegation of a relationship between the company and organized crime "is without merit."

Ieradi is a known business associate of Commisso's brother, Michael, who was himself convicted in the 1981 murder conspiracies and a planned arson but was pardoned and has no criminal record since then.

Michael Commisso is a "part-owner" of CLF, said his son, Giomino, who manages the company.

Giomino Commisso, Cosimo's nephew, said it's 'unfortunate that the things that have happened in the past in my family keep being thrown back in our face.' (Socialcam)

"It's a good company; it's completely legitimate, " Giomino Commisso told CBC and the Star. "It's just unfortunate that the things that have happened in the past in my family keep being thrown back in our face."

The younger Commisso said that Cosimo Commisso's involvement is as an adviser. "He's my uncle, and if I need advice or if I need help in certain situations when his expertise will come in handy, then he will advise me, " he said. "Dealing with employees, just everyday situations that occur on the job."

In its dealings with CLF, LIUNA identifies Cosimo Commisso as the contact for the company in two separate union documents.

Commisso said he had no idea why his name was on the documents.

Joseph Mancinelli, LIUNA's Hamilton-based head for Central and Eastern Canada, said an internal probe by a special investigator about five years ago "concluded that there was no evidence of organized crime in LIUNA Canada."

Asked about Commisso's involvement with Construction Labour Force, Mancinelli said he had "not had any dealings" with the company and does "not know the principals."