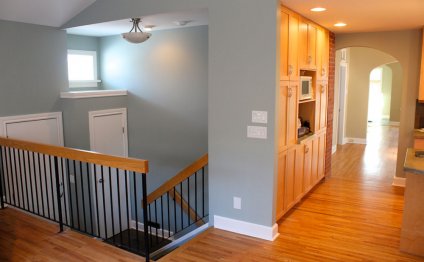 Who is Shaw Kinjo?

Shaw is an Industrial Designer who has become somewhat of a graffiti expert after completing his Masters in Environmental Design (Industrial Design) at the University of Calgary. During his thesis, Shaw focused on graffiti in the city however, rather than focusing on whether graffiti is good or bad, Shaw examined the interaction between this form of public art as it relates to individuals’ interaction with the built environment.

Shaw became interested in graffiti while studying in Barcelona. When he walked home late in the evening from his studio, he noticed that the shutters of store windows and doors were graffitied. What interested him was that this artwork could only be seen during certain times of the day and would often change from week to week.

1. How does graffiti differ from other forms of public art in the ways people interact with the built environment, the city and their communities?

I like to think of graffiti as a subversive form of art, an artistic way people interact with public space. Everyone sees public spaces in their own ways, however, graffiti is this direct way for people to look at and change a built environment. It also comes from the ground up. Graffiti is this form of artwork that doesn’t have to go through the bureaucracy of getting approved by a community and a municipality.

Graffiti often gets a bad rap, people see it as one of the flaws of urbanization or a representation of decay. However, it can also be seen as evidence that people are occupying those spaces between buildings at various times of the day and have a purpose while they’re in these public spaces. As Jane Jacobs pointed out, public spaces are safer when more people occupy them. Graffiti artists can be seen as eyes in a community, as people watching over public spaces during times of the day when these spaces may be more prone to crime.

2. How does urban design and transportation play into graffiti and the ways people interact with their environment?

Public spaces are this shared history of different surfaces where people come together. These areas are canvases in which people occupying the spaces affect how the built environment is designed.

I think of graffiti as a kind of performance. The artist first chooses a space they want to bring attention to, the artist then has to get to their chosen spot and has to complete his or her artwork in a certain timeframe during a certain time of day. This is a whole different way of experiencing and affecting the built environment that most people don’t get to experience.

In terms of transportation, graffiti can often be seen as evidence of densification, and evidence that there are more people walking in the area rather than driving. When people are walking, moving slower through an area, they have more time to interact with the built environment. They may see more blank walls, or notice what the material buildings, fences or sidewalks are made of, which changes how they interact with this environment.

3. What are your thoughts on municipalities’ attempts to control and manage graffiti and citizen-led public art?

I think cities’ attempt to control and manage subversive art is a good thing. It forces the government to be more inventive in how they design public spaces and it forces artists to be more inventive in how they interact with these spaces. If you look at the history of graffiti, it first started within the hip hop culture in New York during the 1970s. During this period, graffiti artists would only work in subways, however, as the New York municipality started cleaning up their subways and removing graffiti, artists were forced to start moving their graffiti to the streets and taking photo evidence of their work. These restrictions have made artists more innovative, they are forced to use different media, or go to locations that are more difficult for authorities to clean up. In Calgary, for example, the gravel pits in the south east are considered almost sanctioned areas for artists to paint in. Because the city doesn’t remove graffiti here, there is a layered history of graffiti from local Calgarian artists.

4. What do you think is the best design intervention that interacts with the built environment and initiates dialogue with others living in the city?

I think projection art in public spaces is really interesting. Artists can project their art onto sides of buildings, fences, streets, and people can interact with these projections. There is a great example of projected art on buildings shown throughout Europe and North America a few years ago.

The Love Wall, in Kensington on 10th St NW is also a great design intervention, in which people are invited to write about something they love on a scrap piece of paper, then tack it to a blank wall. An anonymous artist has also added a small, painted bench by the wall.

Develop a vision. As you tour the house, write down your thoughts on color, keeping sunlight, windows, gloss and trim in…