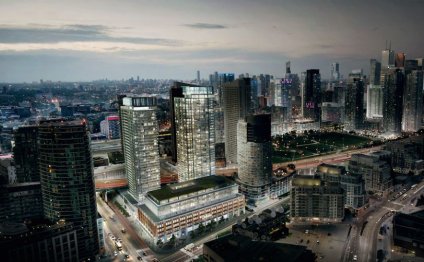 Jason Johnstone feels like a new man since he switched workplaces this spring.

It wasn’t the job that was killing him so much as the lifestyle.

Until May, he’d been living downtown and commuting to work in Mississauga. It used to be commonplace for businesses to take advantage of low rents in the suburbs; employees would pay the price in long travel times. But when SNC Lavalin offered Mr. Johnstone a new job, he was pleasantly surprised to find his new workplace would be located downtown.

SNC Lavalin is not alone. Companies are increasingly sucking up higher rents for more central locations, where they can draw from the pool of young, highly educated workers moving into newly built condos that are sprouting up in the city centre.

The demographic is expected to grow as Toronto’s downtown intensifies and planners concentrate on creating “live, play, work” communities. As Mr. Johnstone, 30, makes clear, the offer of a centralized life is a huge draw for some employees. “It’s turned my commute from about an hour’s drive to a 30-minute walk, ” Mr. Johnstone says. “I sold my car after I got this job. I decided to walk, I lost weight, I felt like my lifestyle got better. I’m saving money, and can spend my disposable income in other areas.”

The benefit to the company, meanwhile, apparently offsets the higher cost of rent.

The condo boom that has characterized the city for the last decade, and has really been going full-throttle for about six years, slightly preceded the movement of offices to the core that has been occurring in the last few years. Companies that have been taking up more office space downtown of late range from Coca-Cola to Google to Deloitte.

Mr. Johnstone’s employer, SNC Lavalin, had an office in Etobicoke but needed space to house employees who were working on projects for the mining industry. It surveyed its employees and found that 73 per cent lived either in the downtown core or within five kilometres of a GO train station. SNC Lavalin transferred 280 employees downtown in late 2011, and has hired 120, including Mr. Johnstone, since then.

“The reason you see corporations going downtown is because they need the talent, and they want the best talent, ” says Joe Brancato, a regional managing principal with Gensler, a global architectural and planning firm, who is based in New York.

Companies must pay up for the opportunity to be downtown. Gross occupancy costs for space in the financial core are roughly $65 per square foot per year. In the new buildings south of Front Street they would be about $55, and in northwest Mississauga they would be about $33, according to Michael Caplice, senior managing director of office leasing at Cushman & Wakefield.

“These young well-educated professionals, that talent is a dangling carrot for employers, ” he said. “Every major user we talk to raises it. It’s part of the war for talent. The work force that these employers want lives down here and isn’t interested in the commute.”

Eric Ginsburg, who helps oversee the Toronto office of Gensler, used to live car-less in New York and now sees the trend rising in Toronto. “As a New Yorker I experienced that lifestyle and coming here a lot of people I talk to have gotten rid of their car within the past five years.”

He adds that the trend has picked up as commute times have worsened. “The big thing we hear with the traffic is the unpredictability of it, ” he says. “If you’re in New York you can somewhat predict, coming into the city, the times that you should avoid. But here it’s unexplained, you can have traffic jams at 2 p.m.”

Deloitte will be moving up to 1, 000 of its employees from the suburbs to new office premises it will be taking up at the Bay Adelaide Centre East, which is under construction in the financial district. Being close to clients is a key benefit to the location, as are the nearby amenities such as restaurants and stores, says Sheila Botting, national leader at Deloitte Real Estate.

Industry experts say that the company that kicked off the trend was Telus, which moved into the new tower at 25 York St. that was completed in 2009. Peter Menkes, president of the industrial and commercial division at Menkes Developments, which developed that building, says part of what’s at play is the province’s bid to curb urban sprawl.

In the 1980s a migration was occurring to the suburbs, with many companies leaving downtown. “That was all part of urban sprawl, as people were moving to the suburbs and wanted to be closer to where they worked, ” Mr. Menkes says. “Downtown Toronto really hadn’t seen much new office development from the early 1990s right through until 2009. There was about an 18-year period where there weren’t any new office buildings completed.”

But the province’s decision to create a buffer zone around urban sprawl caused planners and developers to turn their sights back towards downtown intensification. That strategy is now really taking off with the growth of mixed-use projects that combine some elements of retail, office and residential space, as well as the new projects that are pushing into areas such as the southern pocket of the core.

Google will be officially unveiling its new office at Richmond and York next week, and employees have been working there for the past couple of weeks. The company already had a downtown location, but decided to move its roughly 150 employees to the new larger premises so that it can do more hiring.

Dave Brown, who works in the TV and film content space at Google, has been relishing the downtown lifestyle that he’s had since taking the role in March. Previous jobs and homes had him commuting from Mississauga to Scarborough, and from Toronto to Waterloo.

“Now, whether I’m on my bike or on the streetcar, I’m able to see people on the way home and stop in and run errands on my way home, ” he says. “You’re getting things done on your way home as opposed to having an hour and a half of captivity before you can actually start your life again.”

He says that companies like Bixi, which offers bicycle sharing, and AutoShare, which offers cars for short-term use, are making it easier to adopt the urban lifestyle.

Names of companies in Canada

When you apply to incorporate a company under the Canada Business Corporations Act, you may choose to use a corporate name…