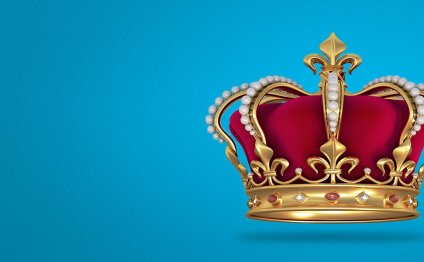 Though it is as much a fixture in American households as the television and the microwave oven, the home telephone has become superfluous. Blame (or thank) cell phones, which are now so widespread that an estimated 1 in 5 homeowners have abandoned their landlines in favor of them.

I'm not quite ready to do that. Cell phones make woefully inconvenient home phones because they're almost never at arm's length when a call comes in-and that's assuming you can hear them ring (or vibrate) when you're in another room. They tend to run out of juice at the worst possible time, and they're notorious for dropping calls in the homestead, where signal strength can be low at best.

No, I want home-phone service in my home. I want the convenience of having extensions in every room and the security of having a dial tone in case of emergency. But one thing's for sure: I'm done paying a monthly bill for it.

Guess what? I no longer have to. Thanks to some new (or improved) products and services, I can keep the conversation going for a fraction of the cost of a traditional landline-or of a supposedly wallet-friendly Internet phone service like Vonage.

In fact, it was Vonage that sparked my quest for a cheaper home-phone setup. While the company's $25-per-month unlimited-calling package seemed reasonable when I signed up a year ago, in recent months, various fees and taxes have pushed the actual tab to nearly $35 a month.

YMax MagicJack: Contrast that with a product like the YMax MagicJack, a Zippo-lighter-size gizmo that costs around $40 for the hardware plus a full year of unlimited local and long-distance calling. After that, service costs just $20 per year. What's the catch? The unit has to be plugged into a PC's USB port, and the PC has to remain on if you want to make or take calls. That's probably not an ideal situation for someone seeking a full-time home phone (though you can make it work by dedicating a spare PC as a "phone server").

NetTalk Duo: The NetTalk Duo, a kissing cousin to the MagicJack (it looks almost identical), works in much the same way, but with a twist: you can plug it into your PC or your router, the latter yielding a phone-service experience closer to what Vonage offers. It costs a little more up front and annually ($70 and $30, respectively), but it's still an amazing deal.

Ooma Telo: Then there's the Ooma Telo, which hits your wallet with a $250 hardware charge, but promises free local and long-distance service for life. Granted, the standard package's service is pretty basic, with little more than caller ID and voicemail, but putting an end to paying for phone service forever has some real allure. (If you can't live without a monthly phone service bill, you can pony up $10 per month for Ooma Premier, which offers a ton of extra calling features.) The Ooma Telo is a snap to install: Just plug it into your router and set up your account on the company's Web portal, and you're ready to dial.

To customize your pricing and feature options we need a little more information. A valid service address is required A street…