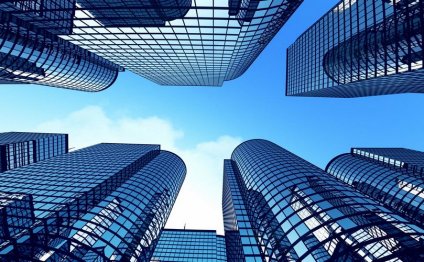 Construction jobs in Canada for Irish

Three weeks before his wedding in 2011, Brendon Froude was made redundant from the construction company he worked for. After more than a year of unsteady and erratic work, he handed his CV to a representative from the British Columbian Construction Association (BCCA) at a working-abroad fair in Dublin. Eight months later, the 42-year-old heavy-machinery operator found himself on a flight to Vancouver, to be followed three weeks later by his wife, Judith, and his 13-year-old stepson.

Jacob Brothers Construction recruited Froude from abroad because they couldn’t find an experienced Canadian worker to fill the position. The shortage of skilled tradespeople has become so chronic in the region that the BCCA is holding a recruitment fair in Dublin and Belfast next week, to lure more than 700 experienced construction workers to western Canada.

Skilled labour shortages are expected to become worse there over the coming decade, as major liquefied natural gas, hydro-electric and oil pipeline projects ramp up. The sector in British Columbia alone is expected to need an additional 30, 000 workers in the next five years, according to BCCA president Abigail Fulton.

“We are bringing employers to the fair who have been advertising to fill positions for a year and haven’t had a single applicant.” While workers with a mechanical background are in shortest supply, a wide range of other tradesmen and professionals are also in high demand, from architects and engineers to carpenters, crane operators, industrial insulators and welders.

The high number of unemployed but experienced tradespeople in Ireland is a draw for an organisation like BCCA, but according to Fulton, the Irish apprenticeship system, which produces workers “second to none in the world”, is why they are concentrating their recruiting efforts here.

“The traditional construction apprentice in Ireland receives mentoring on site over several years. They take pride in the work they do, and the knowledge they pass on. I have brought in a lot of Irish workers, and not a single one has let me down.”

Not everyone is happy with the influx of Irish. Next week’s recruitment fair has made headlines in Canada, with labour leaders in the western provinces claiming that there are thousands of unemployed but unionised Canadian workers available to take up the vacancies. It is an argument Fulton dismisses.

“The employers we are bringing over have been jumping through hoops trying to fill those positions with Canadians and haven’t been able to do it, ” she says. “The federal government wouldn’t grant these workers visas if the employers hadn’t already proved that point. Yes, there are labourers in Canada who are out of work. But we can’t take a labourer and plonk them into a skilled trade position and expect them to get the job done.”

About half of the 30 employers attending next week’s recruitment fairs are from British Columbia, with the rest representing companies in Alberta, Saskatchewan and Manitoba, where shortages of construction workers are also acute.

Representatives from the provincial nominee programme in British Columbia will be on hand to explain the application process. The majority of positions in BC will be available under this scheme, which offers an “accelerated pathway to permanent residency” within two years, as well as an open work permit for accompanying partners. Successful applicants will also receive assistance with finding accommodation and accessing services, such as education and healthcare.

“A lot of countries are just looking for temporary workers, but we want qualified people to come and bring their families and stay, ” Fulton says. There will be opportunities for them for the next decade at least.”

Froude and his family have settled well over the past few months, but are uncertain about the future.

“I have a good employer, and the wages compare well with Ireland or the UK, ” he says. “There’s a lot of activities organised for young people so my step son has a full social life, and the healthcare and education systems are very good. But my parents and my wife’s parents are in Ireland, and my daughter is still living in the UK. Canada is very far away. We are taking it year by year.”

As reported by the Irish Times, nearly 80, positions in the Canadian building industry could go to Irish construction workers…